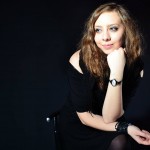 On December 3rd Adela Isvoranu has defended her thesis From Syndromes to Symptoms: Network Models of Psychosis and Beyond at the University of Amsterdam.

Summary
Recent years have seen a rise in the modeling of mental disorders as networks of interacting components. The centerpiece of network modeling lies in the idea that symptoms are active causal agents in producing disorder states, and that the study of their interaction is central to progress in understanding and treating mental disorders. While standard approaches to the psychosis spectrum conceptualize psychotic disorders as latent conditions, with symptoms being merely the effects of such a latent condition, the core of the current thesis is to move toward a network conceptualization of psychosis. Rather than investigating syndromes, this thesis zooms into concrete symptoms and their interrelations, as well as their interactions with common risk factors. In addition, the thesis aims to serve as a guide to applied researchers and practitioners, introducing guidelines, developments and new methodologies in the field of network psychometrics.