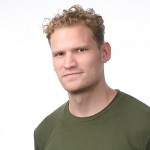 Understanding vulnerability to stress-related disorders from a complex dynamic systems perspective
The network perspective on psychopathology conceptualizes mental disorders as complex
dynamic systems, in which emotions, cognitions, and behaviors directly interact with each other
(Cramer, Waldorp, van der Maas & Borsboom, 2010; Borsboom & Cramer, 2013). In the case of
generalized anxiety disorder for example, excessive worry may lead to insomnia and thereby
fatigue, which in turn may lead to concentration problems, worry about those concentration
problems, and in the end, increased insomnia. The previously described interaction pattern is an example of a so-called feedback-loop, which essentially means that an element in the network reinforces itself through other symptoms. Over time, such interactions can become self-sustaining, and according to the network perspective, this self-sustaining, stable state of the network is what constitutes a mental disorder. The crucial question is, then, what makes a network structure conducive (vulnerable) to end up in this self-sustaining state. One hypothesis regarding so-called stress-related disorders (i.e., disorders that are influenced by exogenous or endogenous stressors such as traumatizing events, challenging life circumstances, or physical illness; Kalisch, Müller & Tüscher, 2015) is that vulnerability to psychopathology implies strongly interconnected (symptom) networks (a strong connection between insomnia and fatigue implies that activating one of these symptoms rapidly induces activation of the other) that propel the network into a disordered state after a shock from the external field (i.e., the stressor in question; Cramer et al., 2016; Borsboom, 2017; Kalisch et al., in press.). Simulations have indeed demonstrated that strongly connected depression symptom networks are vulnerable in the sense that they easily and abruptly move into a disordered (depressed) state and tend to remain in this state after stress levels have decreased (Cramer et al., 2016). The important next step for this line of research is to gain a better understanding of these processes related to vulnerability in real life. However, before we can investigate these processes empirically, there are a number of challenges that will have to be met concerning when to measure, what to measure, and how to quantify what we estimate based on what we measure. Addressing these challenges will be the general goal of the proposed project.