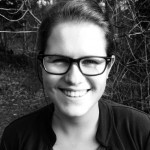 Norming Methods for Psychological Tests
At present, norms for intelligence and developmental (IDe) tests are estimated using so-called continuous norming, rather than norming per subgroup. Continuous norming is generally believed to be more efficient than the traditional norming per subgroup (e.g., Zachary & Gorsuch, 1985; Zhu & Chen, 2011). The core idea of continuous norming is to build a statistical model that relates the relevant characteristics (as age) to the distribution of test scores. Various statistical (continuous) norming methods exist, but the quality of the procedures has been hardly examined, and the procedures have not been mutually compared. In addition, there are no well-founded procedures to compute a minimally required sample size for a norm group, only rules-of-thumb are available.

The aims of this project are (1) to identify the optimally suitable and most efficient continuous norming methods for IDe tests, and (2) to develop methodology to optimize the sampling design for this approach.

We distinguish four subprojects. The first two aim at identifying and disseminating the best approach to continuous norming, the third aims at optimizing the sampling design, and the final subproject implements the findings of the previous subprojects in a software package (R).

Financed by
University of Groningen