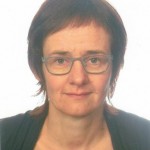 Boolean Networks
Dyadic interaction processes are considered to be the engines of child development, attachment, and psychopathology (Bowlby, 1969/1982). Indeed, attachment theory states that subjects form secure attachment relations if their support-seeking behavior is adequately and sensitively acted upon by significant others. Whereas the latter can be readily observed for infants and their mothers (e.g., Beebe et al., 2010), it is much harder for older children and adults (Dwyer, 2005), given that attachment-related behavior becomes more sophisticated and diverse, but less explicit with increasing age (Mayseless, 2005). Which behavior is considered support-seeking, sensitive or adequate, is intrinsically tied to the sequential dynamics of the interaction. Hence, studying the content and structure of such second-to-second behavior chains seems to be crucial to advance theory and, in the long run, diagnostic processes and interventions (Bosmans & Kerns, 2015). The same holds for the study of affective interactions and many other key concepts in the behavioral sciences.

The obvious complexity of the data (i.e., a multitude of behaviors tracked across time), asks for tailor-made data-analytic models, which capture the temporal dependencies and interrelations among all of these behaviors in easy-to-interpret rules. The aim of this project is to propose a modeling framework, based on the key principles of Boolean networks (Kauffman, 1969), that meets this need, and to develop accompanying software for both researchers and practitioners.