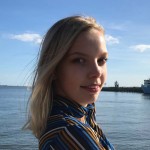 Within, Between and Beyond: A network perspective on intra- versus interindividual data

The network perspective on psychopathology arose relatively recently as a new
way of conceptualizing mental disorders. Within this perspective mental disorders are
thought of as a network of symptoms which directly interact with each other. Since its
conceptual debut in 2008 (Borsboom, 2008), the analysis of symptom networks has been
argued to facilitate treatment of psychopathology (Borsboom & Cramer, 2013; Borsboom,
2017; Kroeze et al., 2016). In fact, clinicians have started to use network analysis to identify
central symptoms in the network, which are assumed to influence many other symptoms, as
sensible targets for interventions (Fried et al., 2017; Bringmann et al., 2013; Bos et al., 2017).
However, such interventions target a process taking place within the individual, while
currently, the majority of network structures found in the literature have been estimated by
analyzing between-subjects’ data-analytic techniques (for an overview see Fried et al., 2017).

One of the most dramatic examples of a mismatch between inter- and intraindividual
level of analysis occurs when the direction of an association at the inter-individual
level is reversed at the intra-individual level. This counterintuitive feature is a special case of
the well-known statistical phenomenon: Simpson’s paradox (Kievit et al., 2013; Molenaar &
Campbell, 2009; Fisher & Bowell, 2016). Discrepancies like these between intra- and interindividual levels of analysis have significant implications for psychological science, and in
particular for psychopathology. A treatment that appears to be effective at the
interindividual level might in fact have reverse implication at the intraindividual level.

Because of such discrepancies between inter- versus intra-individual structures, the
practice of generalizing relations that hold at the population level to the individual level has
attracted criticism from researchers arguing that within-person processes can only be
discovered using within-person data (Molenaar, 2014; Barlow & Nock, 2009). Up to this date,
and to our knowledge, this discussion on inter- versus intra-individual level of analysis in
methodology has largely centered around factor analysis (Allport, 1962; Hamaker, Dolan &
Molenaar, 2015; Borsboom, 2015, but see Hamaker, Kuiper & Grasman, 2015). Therefore, it
remains a question to what extent and in what way the current findings regarding the
incompatibility of inter- and intra-individual (Molenaar, Huizenga & Nesselroade, 2003)
generalize to other models, such as network models.

As results of interindividual analyses in network analysis are currently used to
determine interventions on an intraindividual level, it is of vital importance to establish
whether, and under which conditions, inferential moves across these two levels are valid. As
a result, there is a pressing need for tools that allow researchers to (1) assess to what extent
heterogeneity in network structures is present, (2) determine whether intended inferences
are threatened of invalidated by the presence of heterogeneity, and (3) to combine
information derived from between-subjects and within-subject analyses in an optimal way.
To facility this need, my PhD project focusses on developing, testing and applying a toolbox
to asses heterogeneity in network analysis. This toolbox will give researchers the muchneeded
equipment to determine, whether, and when they can make valid inferences from
one level to the other.