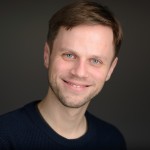 Summary
There are often reasons to expect certain relations between the variances of multiple populations. For example, in an educational study one might expect that the variance of students’ performances increases or decreases across grades. Alternatively, it might be expected that the variance is constant across grades. Such expectations can be formulated as equality and inequality constrained hypotheses on the variances of the students’ performances. In this dissertation we develop automatic (or default) Bayes factors for testing such hypotheses. The methods we propose are based on default priors that are specified in an automatic fashion using information from the sample data. Hence, there is no need for the user to manually specify priors under competing (in)equality constrained hypotheses, which is a difficult task in practice. All the user needs to provide is the data and the hypotheses. Our Bayes factors then indicate to what degree the hypotheses are supported by the data and, in particular, which hypothesis receives strongest support

Testing order-constrained hypotheses on variance components
When investigating differences between groups of people or between time points of the same individual, researchers generally focus on comparing the means. In order to fully understand the differences between groups or time points, however, it is also necessary to compare the degree of heterogeneity across groups or time points. Statistical tools for comparing variances, which capture the heterogeneity in a population, are either unavailable or underdeveloped. The goal of this project is to develop statistical procedures for comparing parameters for three well-known rsearch applications. The procedures will be implemented in user-friendly software.