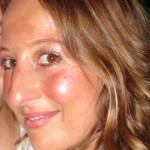 Summary:
Current psychometric models conceptualize psychological constructs as latent variables. Latent variables function as the common cause of a number of observable ‘indicator’ variables; for instance, the latent variable ‘depression’ is taken to be the common cause of a number of observable depression symptoms, such as fatigue, depressed mood, and lack of sleep. Individual differences on the (aggregated) observable indicators are then used to infer individual differences in the constructs measured. This is the logic of construct validity theory, as it has been practiced in the past decades. For many important psychological attributes, however, it is unlikely that this conceptualization is correct. For instance, the correlation between sleep deprivation and fatigue is more likely to result from a direct effect (i.e., if you do not sleep, you get tired) than from a common cause, as hypothesized in a latent variable model. In such situations, a plausible hypothesis is that constructs like depression refer to causal networks that involve a set of observables, rather than to the common cause of these observables. Indicator variables that are relevant to a construct will, in such cases, be correlated; not, however, because they result from the same underlying cause, but because they are part of the same causal system. Because this is fundamentally inconsistent with existing psychometric theory, to accommodate situations in which constructs form causal networks, a different methodological approach is needed. The present project aims to develop such an approach through three subprojects: a) the development of new psychometric theory based on the assumption that constructs are causal networks, b) the development of a methodological toolbox that allows for the implementation of this theory in empirical research, and c) an application of the theory to diagnostic systems used in clinical psychology.

Title of thesis:  The glue of (ab)normal mental life: Networks of interacting thoughts, feelings and behaviors