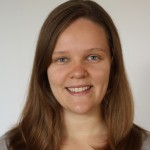 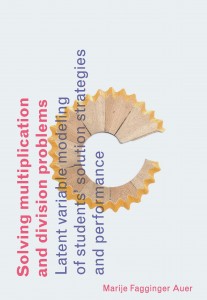 Summary
National large-scale assessments have demonstrated a decrease in Dutch primary school students’ performance on multidigit multiplication and division problems (e.g., 56×23 and 544÷34) in the past two decades. This performance decrease appears to be related to changes in students’ use of mathematical strategies: the use of relatively accurate strategies for which calculations are written down decreased, while the use of inaccurate mental strategies increased. This leads to the question of what factors influence students’ strategy use and performance, and the role of instruction in this. This issue was investigated using two approaches:  secondary analyses of large-scale assessment data using latent variable models and experiments in schools. With the large-scale assessment data, relations between teachers’ reports on their instruction and students’ strategy use and performance were investigated using multilevel latent class analysis (MLCA) and LASSO penalized explanatory item response theory (IRT). With experiments in schools, it was investigated whether  requiring students to write down calculations actually improves their performance, whether additional instruction in writing down calculations positively affects students’ strategy use and performance, and whether students’ problem solving is comparable for tasks that only involve one mathematical operation  (as is common in experiments) versus tasks in which multiple operations are mixed together (as is common in assessments and educational practice).

Mathematics instruction in the classroom and students’ strategy use and achievement in primary education
Why has the accuracy with which Dutch primary school students solve complex multiplication and division problems decreased considerably over the past two decades?  National assessments have shown this achievement drop has occurred for both girls and boys and both immigrant and non-immigrant children, and did not demonstrate a relation between the drop and the introduction of new mathematics textbooks in the same period. However, more detailed analyses of the test materials of the last two national assessments have suggested that the achievement change is related to changes in the calculation strategies that students use to solve problems. Between the two assessments, the number of problems that students solved with traditional written computation greatly decreased, while the number of problems solved without any written working increased – especially for students of low mathematical ability. These purely mental calculation strategies were found to be highly inaccurate, thereby contributing to the explanation of the achievement drop with their increased use.
The aim of this project is to investigate which didactic practices in the classroom influence the strategies and the accuracy with which students solve complex multiplication and division problems. Special attention is paid to which type of didactic approach also produces more successful strategy choices and higher levels of accuracy in students of low mathematical ability.