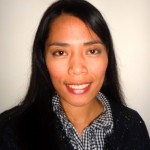 Many scientific fields track variables through time to monitor trends, dynamics and abrupt changes. In this dissertation, we focus on the latter and aim to detect sudden distributional changes in time series data. Most of the existing change point detection methods proposed to automatically signal these abrupt shifts are univariate, targeting mean and other univariate statistics. This is an important limitation since in many applications, multiple variables (comprising a system) are monitored, and the events under study induce changes in multivariate rather than univariate parameters. Typical examples include excessive correlations of EEG signals during an epileptic seizure, increased dependence of financial assets during a financial crisis, or synchronized behavioral, experiential and physiological reactions to emotion-inducing stimuli. Next to changes in multivariate parameters, univariate parameters of multiple variables may also change simultaneously in reaction to a common event or stimulus. Therefore, a multivariate technique that can take all this information into account might have more power to pick up a meaningful change compared to univariate approaches.

General-purpose multivariate non-parametric methods are attractive tools for detecting multivariate changes since they do not impose stringent distributional assumptions on the data. However, they have two major drawbacks: First, most of these methods perform well in detecting mean changes but are less sensitive to changes in other statistics. Second, when a change point is flagged by these methods, the user usually remains in the dark on what statistic changed exactly, as they are sensitive to any type of distributional change (e.g., mean, variance, autocorrelations and correlations). Yet, in substantive fields, knowing the nature of the change is central in understanding the studied phenomenon. In emotion psychology, for instance, distinct dynamic emotional features are reflected by specific statistics: emotional variability by the variance, emotional inertia by the autocorrelation and emotional differentiation by the correlations.