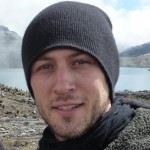 On June 18, 2020, Jonas Haslbeck defended his thesis Modeling Psychopathology. From data models to formal theories, at the University of Amsterdam.

This dissertation deals with the problem of modeling psychopathology. Its first part focuses on statistical (data) models and introduces a number of models for cross-sectional and time series data that can be visualized as a network. This includes Mixed Graphical Models (MGMs), which allow one to include variables of different types in a statistical network model, Moderated Network Models (MNMs) which allow pairwise interactions to be moderated by other variables in the model, and time-varying Vector Autoregressive (VAR) models and MGMs that relax the standard assumption of stationarity. In addition, I discuss several methodological issues related to statistical network models such as the importance of considering predictability, model selection between AR and VAR models, and how the interpretation of the Ising model depends on its domain. The second part focuses on formal theories of psychopathology and how to develop them using data models. I first illustrate the fundamental difficulties in obtaining a formal theory with a purely statistical approach, by trying to recover an assumed bistable system for emotion dynamics with currently popular time series analyses. Next, I present a formal theory of panic disorder, based on an extensive review of the literature on the phenomenology of panic disorder and existing theories. Finally, I discuss three different ways to use data models to construct formal theories about psychopathological phenomena. Based on this discussion, I put forward an abductive framework for constructing formal theories for psychological and psychopathological phenomena.