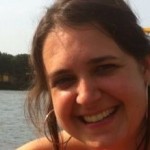 Psychology
Faculty of Social and Behavioural Sciences
University of Amsterdam

On Axioms of Choice: A Mathematical Modelling Approach to Study Variability in Decision Making

The overarching aim of this thesis is to do some right to the complexity of human decision making and the study thereof. Specifically, this thesis includes three examples of how to advance the study of, and to increase insight in, individual and contextual variability in decision making under risk. The focus of each study is on candidate psychological constructs and factors that are assumed to be involved in, or to influence, variability in decision making. The psychological constructs of interest cannot be directly observed or measured; these are conceptualized as latent variables, derived by adopting a mathematical modelling approach.

Results across the example studies yield both conceptual and methodological conclusions. With respect to the former, novel candidate psychological constructs and factors are indicated that may be relevant in studying variability in decision making under risk, among both adolescents and adults. In addition, the relevance of the framework of the adaptive decision maker is underscored. With respect to the latter, the benefits are shown of adopting a latent variable conceptualization of psychological constructs and of applying mathematical modelling. Moreover, specific aspects of study measures are indicated that should be taken into consideration in order to optimize the choice of measures in studying variability in decision making under risk.