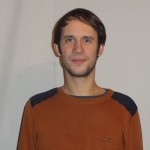 Unraveling the within-person dynamics of psychological processes is increasingly seen as holding the key to understanding complex social and emotional phenomena as diverse as the formation of attitudes, the development of psychopathological symptoms, and the motivation of behavior. Recently, it has been suggested that such within-person dynamics operate as a network of thoughts, emotions, attitudes and physiological changes. As a result, researchers have started to generate large amounts of within-persons multivariate time series. However, the explosion of data stands in stark contrast to the relative lack of availability of mathematical tools suited to make sense of the resulting complex and noisy data. In this project, we will extend state of the art engineering methods to make them suitable for extracting meaningful within-person dynamical networks. First, we will build on existing linear models that are already capable of dealing with within-person data, but are however not yet appropriate to model larger systems or infer networks. To build more realistic models we will also turn to non-linear network identification techniques. Second, we will show how these models can be applied in practice. In particular, using the identified models it will be studied how these within-person networks can be optimally influenced and controlled. Throughout the project we will work towards the implementation of the developed techniques into user-friendly software packages.