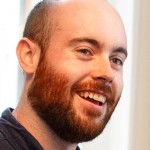 On October 30th 2020, 18:00 hours, Oisín Ryan defended his thesis Dynamic Systems and Causal Structures in Psychology: Connecting Data and Theory, at the University of Utrecht

Psychological phenomena are inherently dynamic in nature. Our cognitions, emotions, dispositions and abilities all evolve and vary over time within an individual. This perspective has become mainstream in the fields of clinical psychiatry and psychology in recent years, where the overarching aim of research is to understand the causal mechanisms which underly psychological disorder. Typically, researchers aim to study those mechanisms by collecting and analyzing non-experimental data. These data may consist of measurements of many individuals at a single time-point (so-called cross-sectional data) or one or more individuals at many closely spaced points in time (so-called intensive longitudinal data). Researchers generally fit relatively simple statistical models to those data and interpret the parameters of those models as reflecting direct causal relationships between psychological processes.
There are two problems with this approach. The first of these is that current popular statistical modeling approaches are relatively limited in how they treat the passage of time. For example, the relationship between aspirin intake and headache strength will depend on whether we measure headache levels a minute, an hour, three hours, or a day after an aspirin pill is taken. However, the dependency of statistical relationships on the time-interval between measurements is typically ignored in current practice. The second problem is that of inferring causal relationships from non-experimental data: If we cannot randomly assign some individuals to take aspirin and others not, how do we know if a statistical dependency between aspirin and headache levels is really causal or not?
Luckily psychology is not the first field to grapple with these problems. First, dynamical systems theory and specifically differential equation models have been used in fields as diverse as physics, ecology, climatology and biology to understand and describe phenomena that vary over time. Second, the interventionist causal inference framework has been developed by researchers in fields such as epidemiology, econometrics and computer science to help us understand if, how, when and why causal relationships can be inferred from non-experimental data.
Inspired by these methodological frameworks, in my dissertation I develop new tools to address these problems in psychological research. In chapter 2 I develop a tool which allows researchers to explore a range of causal structures which produce the same statistical model in cross-sectional data. In chapter 3 I describe how a simple differential equation model for intensive longitudinal data can be used to explore time-interval dependency, and in chapter 4 I show how this approach could potentially be used to better identify targets for psychological interventions. In chapter 5 I explore how existing statistical tools can best be utilized to recover an underlying dynamical system. Finally, in chapter 6 I argue that formal theories of psychological phenomena are urgently needed if we are to understand the dynamic mechanisms underlying psychopathology. This last chapter synthesizes the challenges and benefits of the approaches described in the previous chapters, proposing a framework for the generation, development and testing of formal theories, and detailing the role that statistical models play at each step of this process.