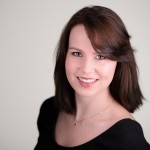 On September 11 2020, Sara van Erp defended her thesis Bayesian Structural Equation Modeling: The Power of the Prior, at the University of Tilburg

The aim of this thesis was to investigate the use of prior distributions in Bayesian structural equation modeling. To this end, various prior distributions have been investigated in the context of different models.
In Chapter 2, default priors are investigated in a structural equation model with a mediating effect between the latent variables. Despite the popularity of such default priors, the results show that different default priors lead to varying results, especially for small sample sizes. This leads to perhaps the most important recommendation of this thesis: always conduct a prior sensitivity analysis to investigate the influence of the prior on the results. Given the sensitivity of the results to the various default priors, we continue our investigation by examining more robust prior distributions, which are characterized by distributional properties, such as heavier tails, that make them less susceptible to unduly influencing the results.
In Chapter 3, various robust prior distributions for random effects variance parameters are investigated in the context of a multilevel SEM. The results indicate that, although these robust priors outperform classical “non-informative” conjugate priors, it is important to carefully specify their hyperparameters to obtain the best results.
The second part of this thesis focuses on how to utilize the prior distribution in a beneficial way. Specifically, the focus lies on so-called shrinkage priors, which are a class of priors that shrink small effects towards zero, while simultaneously keeping large effects away from zero. Many different shrinkage priors exist and Chapter 4 provides an overview of the most popular shrinkage priors in the literature whereas Chapter 5 translates the findings of Chapter 4 in a manner that is more accessible for applied researchers.
Finally, in Chapter 6, shrinkage priors are applied in a multiple group confirmatory factor model to model measurement invariance in a robust and automatic manner. An illustration shows how the shrinkage priors can improve the estimates of the factor means and variances compared to approximate measurement invariance and the alignment method when large amounts of noninvariance are present.