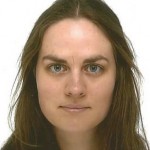 Methods for estimating and improving the replicability of psychological science
The replication crisis is arguably the biggest challenge psychology faces at the moment. The aim of this project is to improve research practices in order to achieve higher confidence in future psychological research. This research will focus on two major methodological problems. The first problem is the huge amount of choices a researcher can make before, during and after analyzing the data, often referred to as “Researcher degrees of freedom”, resulting in a wide array of different conclusions. This problem can be addressed by preregistration on the one hand and by multiverse methods on the other. Preregistration is specifically relevant in order to avoid p-hacking with methods like, for instance, Hypothesizing After Results are Known (HARKing). Preregistration becomes more and more advocated and is made possible via platforms such as the Open Science Framework (OCS). However, preregistration needs to be evaluated and improved. The multiverse method, is a means to assess the influence of certain choices in the operationalization of hypotheses on the conclusions (e.g. p-values, effect sizes). The multiverse is applicable on the data level, however, the focus in this project lies on the model level. Results are often sensitive to small changes in the model assumptions. The model multiverse is a set of reasonable models for a certain research question. By looking at the variation of the relationship(s) of interest over the multiverse, the sensitivity of conclusions to arbitrary decisions can be assessed. The second problem is that Null Hypothesis Significance Testing (NHST) is still the dominant approach for hypothesis evaluation in psychology. NHST has a myriad of documented problems. Bayesian approaches may be able to counter some of these issues. This project targets generalizable comparisons of the traditional approach with Bayesian approaches, the Bayes Factor in particular, by analyzing real datasets as well as by running well-designed simulation studies.