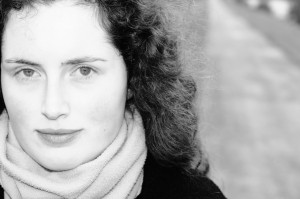 A Bayesian approach to the analysis of individual change
It is clear that NHST has serious shortcomings in hypothesis testing, and that the Bayesian approach can ameliorate many if not all of the problems inherent to NHST. Because applied researchers in the field of individual change seem to be unaware of the existence or benefits of the Bayesian approach, we consider it to be useful to introduce them to the benefits of Bayesian statistics. Therefore, in the first part of the dissertation we will discuss NHST and the Bayesian approach as outlined above. We will provide examples with emprical and simulated data to show how results from NHST can be misleading and compare them with Bayesian results, in the context of single subject research.
In the second part, we will adapt existing statistics and tests for single-subject data to simple Bayes factor formulae and compare them using emprical and simulated data. Empirical data are available from several projects in which our research group is involved. Examples of statistics and tests already used in single subject studies are the percentage of non-overlapping data (the percentage of observations in a post-intervention phase exceeding the highest point in a pre-intervention phase), Cohen’s d, permutation tests, and time series analysis. Rouder et al. (2009) already presented a Bayes factor for Cohen’s d for group studies and provided a Web-based program that performs the calculations. A similar interface for single subject Bayes factors would make computing Bayes factors convenient even for researchers without deep knowledge of Bayesian statistics.
In the third part of the dissertation, we will adapt existing statistics and tests for individual change within group data to Bayes factor formulae. Again, the classical and Bayes factor statistics will be compared using empirical and simulated data. An example is the RCI of Jacobson & Truax (1991) which was already discussed for this type of data, and several variations of this measure have been developed (e.g., Bruggemans, Van de Vijver, & Huysmans, 1997; Chelune, Naugle, Lüders, Sedlak, & Awad, 1993; Hageman & Arrindell, 1999; McSweeny, Naugle, Chelune, & Lüders, 1993; for a comparison of measures, see Maassen, Bossema, & Brand, 2009). If possible, online toolkits will be provided where researchers can easily calculate the Bayesian variants of their statistics.
In sum, we hope to show researchers in the field of individual change the merits of the Bayesian approach and will provide them with tools to use it. The Bayesian approach will give researchers the odds of their hypotheses, rather than the probabilities of observed and unobserved data.

Financed by
University of Groningen